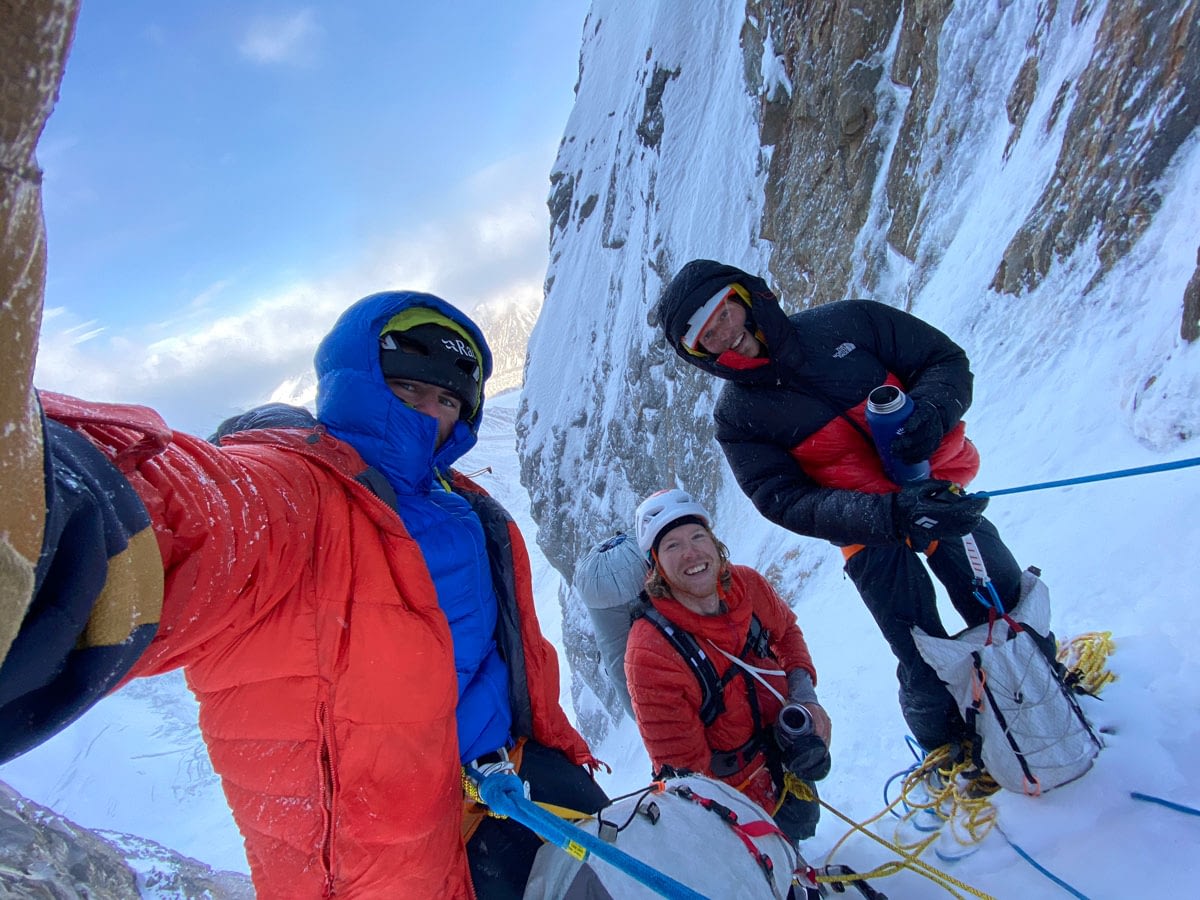 In October of 2020 Alex Hansen, Austin Schmitz and I traveled into Alaska’s Hayes Range for exploratory autumn climbing. We took with us two sixty-meter Sterling ropes – one of them was treated with DryXP and the other was a test batch of the new XEROS treatment for big-mountain review. I have used DryXP ropes exclusively for quite some time and trust them in any environment so when the Sterling folks said they were up to something new, my curiosity was immediately sparked. I thought, this must be pretty good…

As winter was near in the Hayes, we knew we’d be in for cold & dark climbing. On a beautiful morning we flew one at a time in a two-seater bush plane from a dirt airstrip beside the Richardson Highway, leaving the warm comfort of the Lodge at Black Rapids for the frozen tundra beside the Trident Glacier. Some hours later we stepped into the powerful northern cirque of Mount Moffit. Two ridges wrap like long arms in a horseshoe shape and keep the valley narrow and guarded. In their grasp, massive faces of steep rock, ice, and hanging glaciers.

The next morning, after our first night in basecamp, we were on the way up new terrain when it dawned on us – the valley received zero minutes of direct sun this time of year. It was going to be all shadow games for us. Even further, we noted that we were losing about six minutes of daylight each day. This was sure to give the new dry treatment a run for its money. 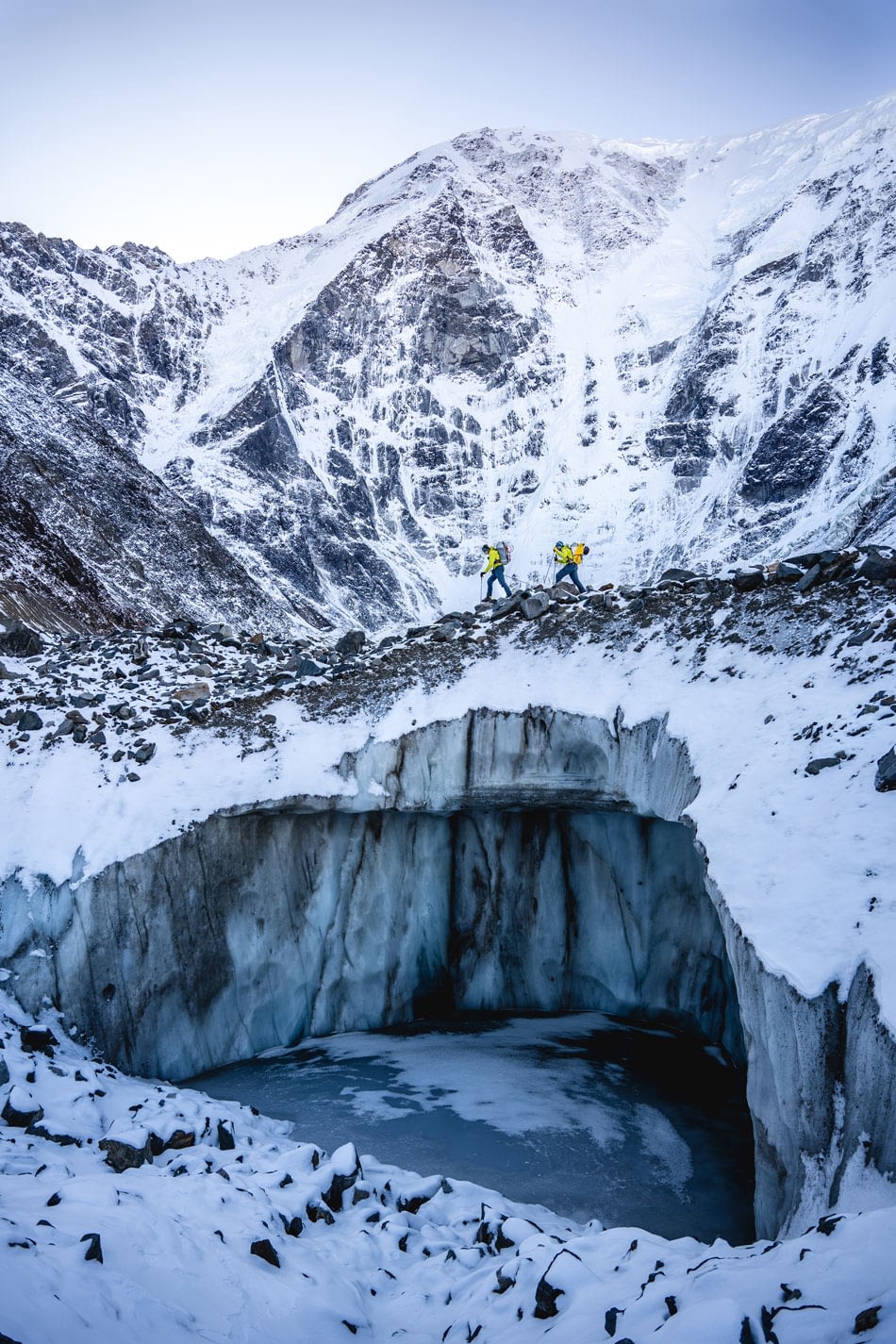 We spent four days in basecamp/climbing. Being new out of the box, both dry treatments performed great on our first climb and we stumbled into basecamp in the middle of the night after pioneering downward by v-thread and piton.

The next day we decided to rest and a strange occurrence began. Ice crystals sprouted on every surface- hardware, ropes, tents, clothing, sleeping bags, all of it. All around basecamp a harsh and shadowed cold overtook.

Hoisting our packs in the dark, the next was round two for the ropes. Another long outing ensued and the ropes dragged up rocks, snow, and ice throughout the morning and all the way into the following night. Cold and tired, we watched the sun tuck behind Mount Hayes to the West just as we topped out the gulley- we never did make it up in time to get some rays. Back down into the darkness again. It must have been below zero that night. We were all bundled up rapping downward when I noticed the ice building on the DryXP, our XEROS still bone dry. It continued to grow as time went on. On each rappel our belay devices would shed the ice on the DryXP, leaving behind frosted remnants while smoothly feeding our XEROS. Laying on fresh growing waterice, cold compact rock, and sliding through the snow- our ropes shouldered the burden of winter’s rise. Some seventeen sixty-meter rappels later and we were back at the top of the snow-fan that led to the valley floor. Frozen and stiff gloves, red noses, tired legs. Iced hardware & pant bottoms. Three headlamps – the only lights in this arctic darkness. Three friends – stumbling back to basecamp… A dry XEROS rope on Austin’s back, a heavier & wet DryXP rope on Alex’s.

When we arrived back at the lodge on the seventh day, after we’d gone through a tough hike out to the now snow-covered tundra in temps as cold as -20 to -30. Warm bodies, drying equipment, hot coffee. By the time it came around to hanging up the two ropes, the DryXP was a thawing coil. Grabbing the XEROS rope – it was still dry and we didn’t bother hanging it up. The new technology surpassed our expectations and I’m looking forward to the dry treatment being integrated into all of our ropes. 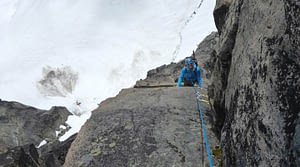 A dry rope is a stronger and safer rope than a wet rope.  It’s a fact.  The merits of climbing with a dry rope are many and the pitfalls few.  And now the prime pitfall… 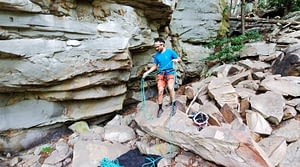 Initial Thoughts: The new XEROS felt firm, malleable and precise out of the bag. …